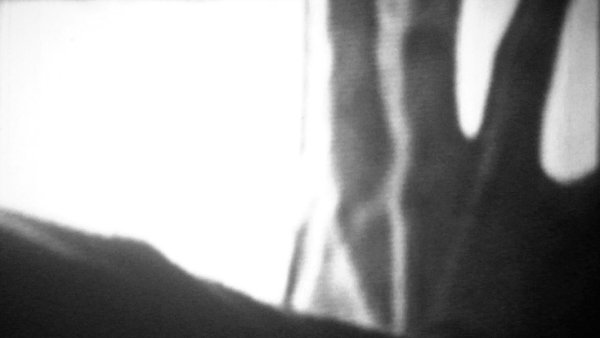 This work is a study of the durative moment of montage between three bodies: the digital, the filmic and the human. It is a moment of confrontation between these three bodily apparatuses. It is about how they are constantly at odds with each other and yet, also in awe of each other. - looking and looking and trying to feel the others, become the others and destroy the others. How is it that they can be merged and become something beyond their separateness? How can they, together, become a fourth body?

Matt Whitman (born West Chester, Pennsylvania, 1988) is an American film and video artist based in New York City. He holds a Master of Arts degree in Media Studies from The New School for Public Engagement and is a candidate for an MFA in Fine Arts from Parsons The New School for Design. Whitman's work has been shown at Verge Art Fair: Miami Beach, the Arnold and Sheila Aronson Galleries, the Soho Gallery for Digital Art, the 2011 Big Apple Film Festival at Tribeca Cinemas, Parsons 25 East Gallery, and The Greenpoint Gallery. He lives and works in Brooklyn, New York.

Director Matt Whitman will be available for a Q&A after the screening.