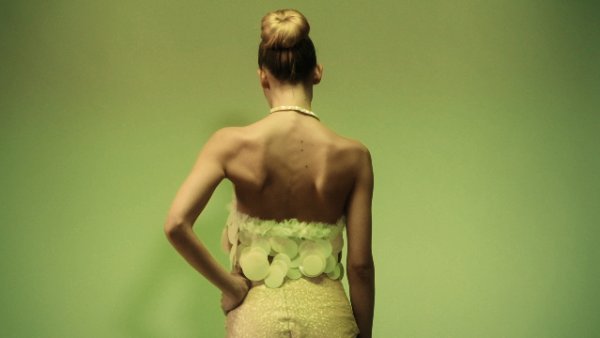 A photo shoot. The model Helen is unnerved. Back in the changing room she makes a surprising discovery. Everything around her is edible - the chair, the TV, the walls...

Moritz Krämer, born 16.03.1980 in Basel Switzerland, grew up in the Black Forest in Germany. He went to school in Freiburg, Germany and studied Video and Text at Berlin University of the Arts. Moritz Krämer worked as an video artist, composer, songwriter and musical director at different theatres in Germany, among them the Berliner Volksbühne, Hebbel am Ufer, Maxim-Gorki-Theater, Stadttheater Heidelberg, Centraltheater Leipzig and the Münchner Volkstheater. Since 2007 he studies Directing at the dffb, Deutsche Film- und Fernsehakademie Berlin. He is directing musicvideos and fiction shorts since 2005. His first short was Tsuri Tsumi (2005).