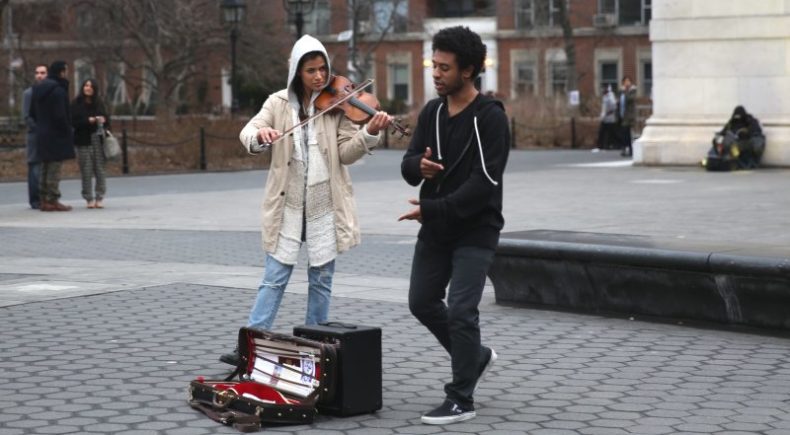 BUT NOT FOR ME

Will is a young writer, living in the big city, barely scraping by on his copywriter's salary. When he meets Hope, his beautiful and enigmatic new neighbor, he is certain he has found the inspiration and the validation he's been seeking. But as he struggles to find his way, Will learns he must reconcile his youthful vision of life with the complexities of the real world in order to find true fulfillment.

Ryan Carmichael is a writer and filmmaker from Southfield, MI. He studied film at the University of Michigan - Ann Arbor where he graduated with honors and won a Directors Guild of America Student Filmmaker award for his thesis film "Everything's New in Lost Time." After testing the waters of advertising for a year, Ryan decided to continue to pursue his dream by accepting admission to NYU's graduate film program. There he met his creative collaborator, Jason Stefaniak, and formed Impolite Company. Inspired by the music of Thelonious Monk and The Roots, the writing of Dostoevsky and Kurt Vonnegut; and the films of Spike Lee and Jean-Luc Godard, Ryan aims to channel and synthesize these paradigm-shifting influences and filter them through a lens that examines and questions the existential circumstances and ironies of modern humanity. He is persistently driven by the exploration of new ideas.