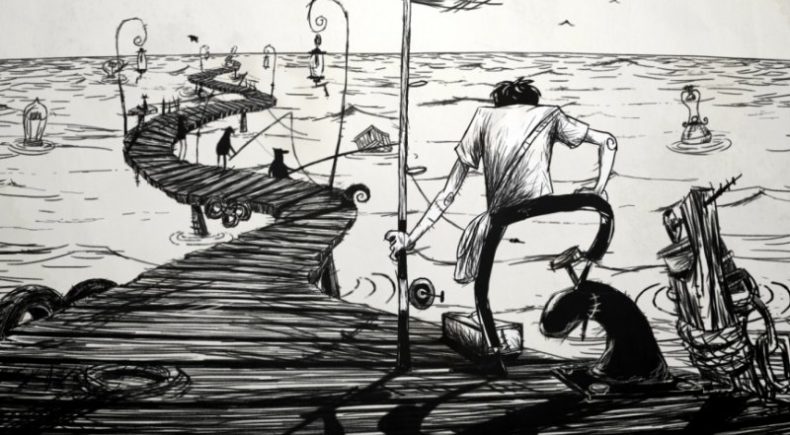 On a windy night, Castillo faces his own brutality on the line of the fishhook.

Pedro Harres is a director, scriptwriter and installation artist. He graduated on Cinema at UNISINOS and Philosophy at UFRGS. He worked in key positions on several projects including features on animation studios and has been to international scriptwriting and shortfilms workshops such as BrLab and Generation Campus Moscow. Um Animal Menor, his first short, has won many prizes nationwide. EgoMachine, his interactive video installation has been in museums and public places of Brazil. Castillo y el Armado is his first work as a writer/director for animation, with world premiere in the 71st Venice Film Festival - Orizzonti Competition.