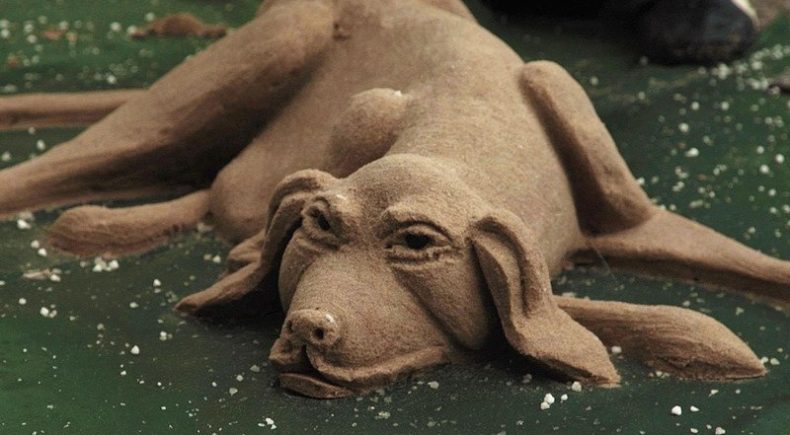 Neculai, Aurel and Raj all left their homes in Romania for the same reason - to seek a better life for their family. Now, in Britain, with their loved ones depending on them, they survive by creating sand sculptures on London's streets. They try to find hope in the hardships they endure, while thoughts of their children's futures keep them going.

Tal Amiran is an award winning filmmaker based in London, UK. Tal's debut short documentary film Seven Days a Week, has been selected for over 25 film festivals internationally, winning Best Short Film at London Short Film Festival 2016, Best Documentary at PAMA, Paris, Best Documentary at Kurz Film Festival, Germany, and Winner of Shooting People's Film of the Month. Seven Days a Week has also been acquired by the BFI National Archive. Tal graduated with a First Class Degree in Fine Art (New Media) from Chelsea College of Art in London.