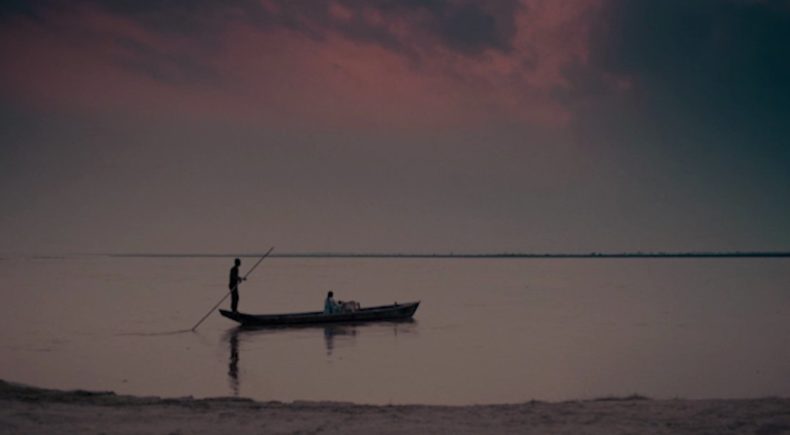 An old woman in her 70s is stroke by an earthquake resulting her journey towards eternity. She arrives near a meadow by a riverbank. She needs a she calf to cross the river where she believes she can find her salvation. Then, she confronts with her past life image where she and her grandson are looking after a herd of cows. The whole film is about the narrator's revisit to his demised grandmother.

Sunil Pandey was born in 1995 in Tanahun district of Nepal. His passion towards cinema was brought up by witnessing the shooting activities that used to held in Arubari, Kathmandu where he spent his teenage period. This gradually turned into a confirmed dedication. Not having interest in the science subjects he studied in his high school, he came to know about Oscar International College, the oldest and the only film college in Nepal . He then, joined the college in the year 2014 to test his passion. He graduated from the college in the year 2016 thus, proving his passion being specialized in Direction. His graduation film 'The Eternal Journey' was officially nominated in the 'Future of Cinema' section in "Ekadeshma International Short Film Festival 2016: And Life Goes On".