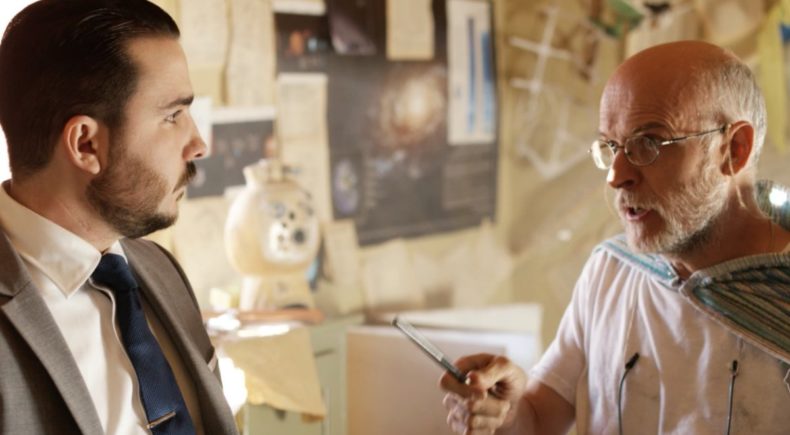 Beto, a sophisticated man, returns to his remote hometown with the goal of bringing his senile father to a care home in the city. But his father, Don Alfredo, does not want to leave home until he fulfills his only desire: to reach the moon to say goodbye to his beloved and late wife. With great difficulty to understand his father's desire, but touched with the ingenuity, Beto must find the way to become "The Astronaut".

Manuel Trotta is known to be a diverse artist with experience and educational background in various disciplines and artistic fields, specially as an actor and filmmaker. Manuel holds an MFA from the prestigious American Film Institute (AFI) a Directing certificate from UCLA Extension and a journalism degree from the Central University Of Venezuela. He has studied acting and theater with the top instructors in Latin America, including Venezuela, Argentina and Uruguay. Among his last projects, Manuel produced, acted and wrote the short film "The Astronaut". Manuel Trotta was the post production supervisor for TAMARA (biggest grossing film in Venezuela in 2016) Also in post-production, Trotta edited the feature length movie "God's Slave" and won the best editing price in Merida Film Festival. In theater he also produced, acted and co wrote the successful theater monologue "The Trick" with a massive audience attendance and winner of the prestigious award best independent play "Claro Magazine". Manuel currently finished acting in the feature film"The Summit" with renowned actor Ricardo Darin. Manuel is now writing, acting and directing 'Trouble in paradise" and producing the suspense feature film "StillWater".