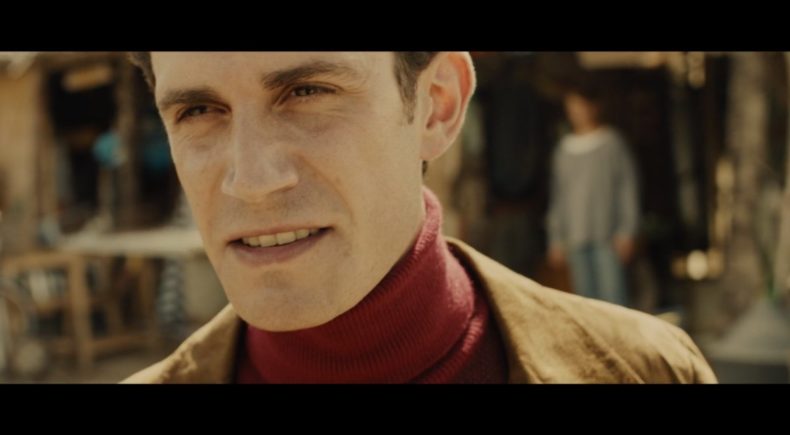 In a hamlet near Rome that overlooks the sea, two young boys divide their time between petty thefts and football games. Their crimes are still full of the carelessness and exuberance of childhood games, until an unexpected proposal will bring darkness into their lives, and to Italy's history, the death of Pier Paolo Pasolini.

Ludovico Di Martino was born in Rome in 1992, and has been attending the Centro Sperimentale di Cinematografia of Rome since 2013. He started studying acting during middle school and has been part of a theatre company taking part in many shows. After an acting experience on Enrico Maria Artale's film "Il Terzo Tempo", he decides to try the road of becoming a director starting from various short movies and spots. In 2013 he realised "Roles", a web series and wins the Web Award at the Roma Fiction Fest and the Audience Award at Roma Creative Contest. In 2014 he writes and directs the short movie "Invisibile" that wins the award for Best Film at the 48 Hour Film Project of Rome (together with the award for Best Cast and Best Editing). This short movie represented Italy at the Los Angeles Filmapalooza festival in Marche 2015. His first feature film "Our Last", after being presented as a preview by Nanni Moretti on June 2016, won the Best Film award at Ferrara Film Festival, Best Actor award at Milan International Film Festival, the Honorable Mention at New Jersey Film Festival, and many others. In May 2017 "Il Nostro Ultimo" ("Our Last") will be the only Italian film selected at the Starring Europe Film Festival in Los Angeles, organized by the American Cinematheque.