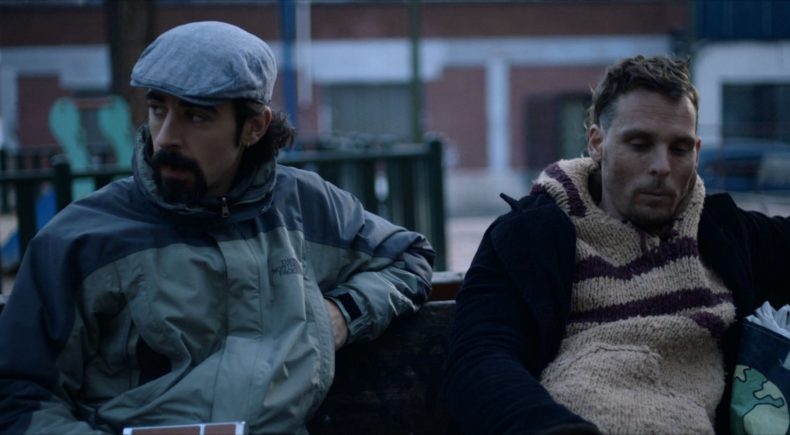 A generational portrait of Spain's youth in a time of crisis, "Nosotros" follows a group of five friends during the weekend of the Spanish presidential election held in December 2015, the most important one in Spain's recent history due to the deep political and financial crisis in Southern Europe. All five protagonists are in a crucial moment in their lives; as Spain decides its future, they will have to make a decision that could shake the grounds on which they are building their existence.

Felipe Vara de Rey is an award-winning director and cinematographer. Born in Madrid, Spain, he is currently developing his career in New York City, where he moved in 2011. Over the last ten years, Felipe has directed and shot many projects, including feature films and documentaries, narrative shorts, music videos, electoral campaign ads and commercials; he is also an adjunct professor at NYU's Graduate Film Program. "Nosotros" is his feature-length directorial debut. Felipe is a Fulbright Scholar, a recipient of the Steven J. Ross Fellowship, and has been nominated for Arri's "Volker Banhemann Award" for excellence in cinematography. He is left-handed and his favorite typeface is still Helvetica Neue (Condensed Bold).

Spain is undergoing one of its most complicated moments in recent history. The desire for independence in Catalonia is not the only challenge: since 2008, the country is trying to recover from a deep financial crisis that, amongst other tragedies, has consolidated an unemployment rate of 22% (50% for people under 35). But the political system is also under questioning by a large majority of citizens, those that, in May 2011, took the streets to reclaim a better democracy in what soon became the “indignados” movement. Storytelling is connected to the effort of trying to understand reality. David Simon once said that the driving force behind fiction is very similar to the one behind investigative journalism: trying to bring order into chaos. Shedding light on events happening around us, decoding social relations and power dynamics in an effort to understand the world we live in. This is the reason we made this film: understanding what was happening to us, both as individuals and as a community. Figuring out to what extent our lives (our dreams, our hopes, our achievements) were dependent on the political and financial structures that seemed so far from our reach. We felt 2015 was a year where things could have changed, and we set ourselves to document it using the tools of narrative storytelling.

Director Felipe Vara de Rey will be available for Q&A after the screening.