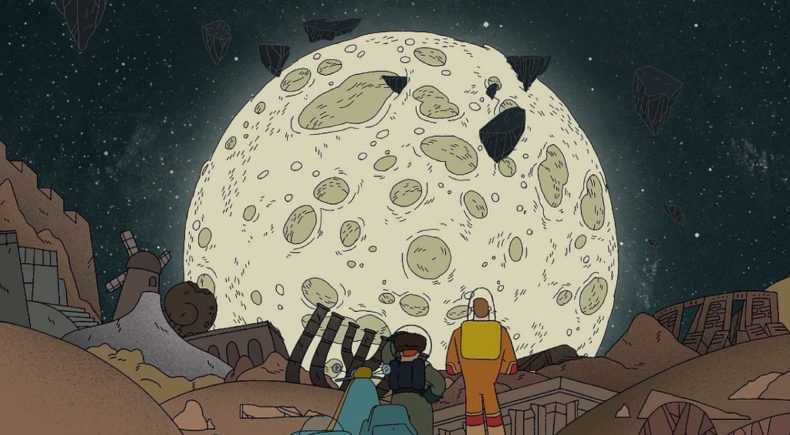 After a long journey through space the last two believers are about to reach their destination. Ananda, the space archaeologist, hopes to prove that Earth is not a myth and that all mankind did originated from the same tiny blue planet - but mostly he wants to prove his colleagues and his father wrong and to make the biggest discovery in history. Yamaka, the outcaste rabbi, is searching for something subtler. He believes that Jerusalem is not just a mystical idea, but an actual place, where he might find the feeling of holiness missing in his life. Together they followed the clues and arrived at their destination, but instead of a living planet and a holy city, they find only the fragments of what once was...

Yoni Salmon is head of the animation department at "Minshar School of Art" in Tel Aviv, a cartoonist, animator and animation and pop culture essayist. Founder of "Shulyat Hakosem" animation blog and co-founder of "Moonfash", animation magazine. Since graduating "Bezalel Academy of Arts and Design" he has worked on numerous animation and art projects including "Waltz with Bashir". Lives in Ramat Gan, Israel.