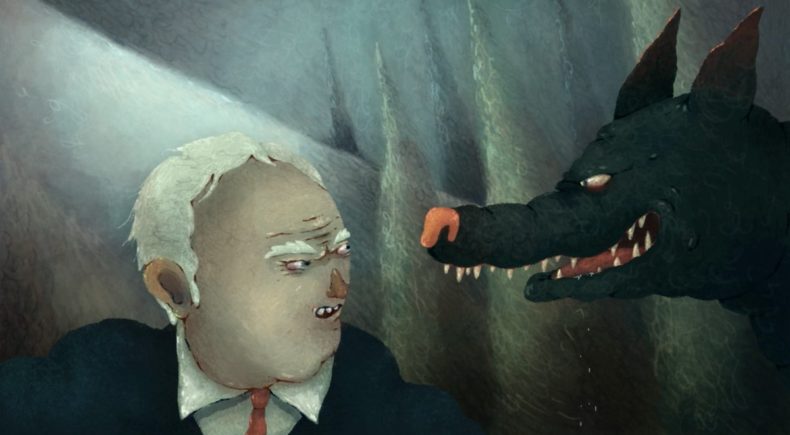 For nearly a decade, resident artist Nancy Kangas led a poetry program for preschool-aged children at Columbus Early Learning Centers on the near east side of Columbus. She was struck with how clearly her kids wrote about what they loved and feared. They want bullets to relax, lions to roar, and kids to climb up to the sun. Kangas and documentary filmmaker Josh Kun asked award-winning international artists to animate these poems, and the resulting hand-crafted animations show a depth and complexity of expression we don't expect from 4-year olds. The films are fueled by the children's untethered imaginations, but they open a portal to the real world of growing up in the inner city.

Nancy Kangas is a poet and teaching artist based in Columbus. She has poetry in numerous journals and her work has been nominated for a Pushcart Prize. Her poetry column, "Slides (Interpreted by Nancy)," regularly appears in Ohio Edit. She writes humor for Muse (a magazine for 9 to 14 year olds) and began her writing career editing the acclaimed Nancy's Magazine. Organizations that have sponsored her residencies include the Ohio Arts Council, the Wexner Center for the Arts, and the Thurber House. Preschool Poets, which she co-directed and produced, features poems composed by some of her students.

Josh Kun, an award-winning director and cinematographer, studied documentary film at Chapman University in Los Angeles. For five years he traveled the United States producing short documentaries for the Dutch-based television production company, Metropolis. He is now based Columbus, and works as a freelance director of photography on a wide range of commercial and theatrical film projects.