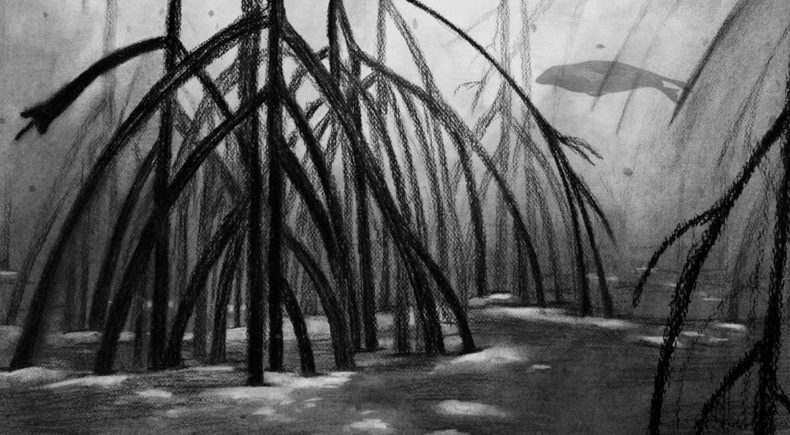 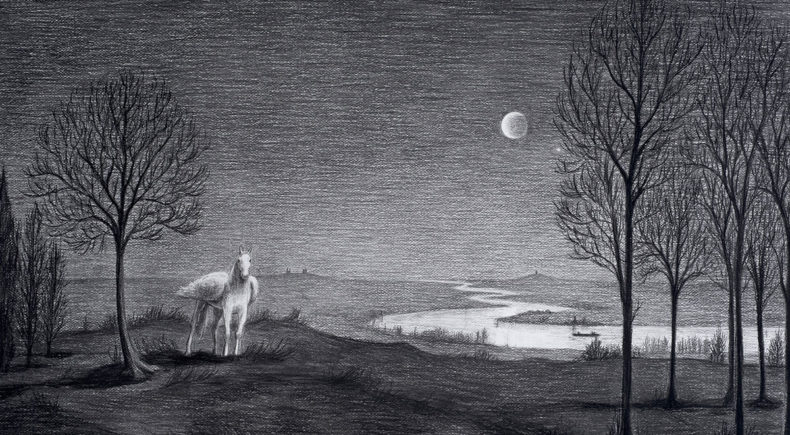 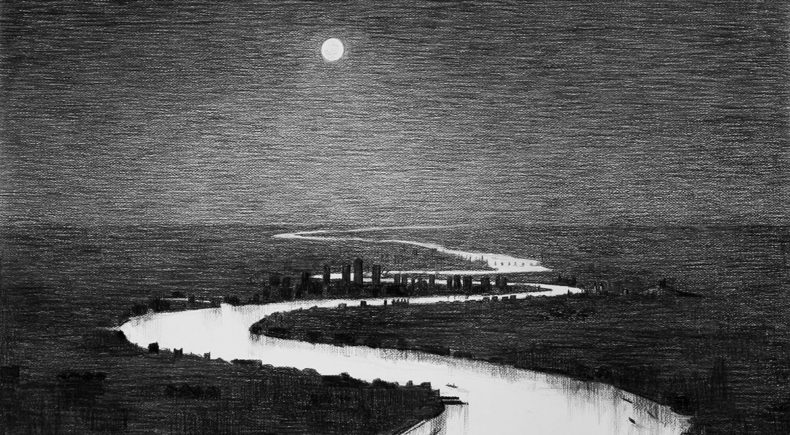 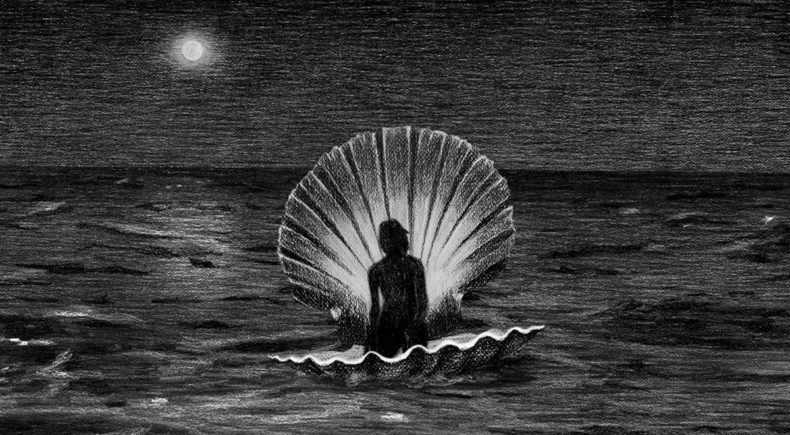 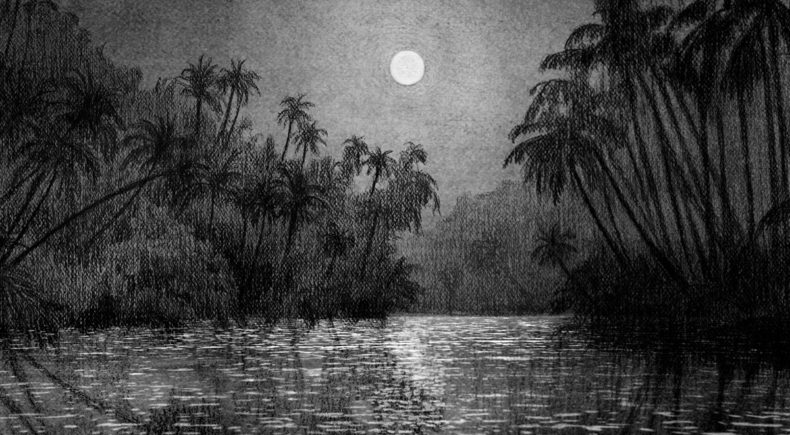 The Masque of Blackness

Epoh Beech's The Masque of Blackness is a hand drawn animation re-imagining Ben Jonson's 1605 play The Masque of Blackness and Joseph Conrad's 1899 novella Heart of Darkness. Created over 7 years out of thousands of charcoal drawings, the animation weaves both texts together and explores the spirit of place to take you on a journey from West Africa to the Thames in London and the Rhine in Germany. It has themes of moonlight, oceans, rivers, unexplored territory, mythological symbolism and highlights concerns for the environment. Our guides on the journey are Hermes, a grey seal, and Pegasus, the winged horse, they are both unconstrained by the straight jacket of time.

Epoh Beech studied as a fine artist in Florence, at Cheltenham Art School and Chelsea College of Art. She has an MA in Art Therapy from the University of Hertfordshire and works out of the ACAVA studios in West London.

She has completed six major series of works, each follow a journey, tell a story, illustrate a particular poem or Jacobean "Masque". Each has been exhibited in either London or Oxford. The work is strongly influenced by the narrative force and the quest for the sublime through the balance of colour and light most evident in the work of 15th Italian Renaissance and German Romantic painters.

The recent series in animated drawing explores the relationship between still images, moving images and music. Beech hand draws the animations in charcoal on paper using a palimpsest technique, inspired by the animations of William Kentridge and the photography of Hiroshi Sugimoto. The depiction of darkness, shadows and black found in the etchings of Goya and Samuel Palmer, the drawings of George Seurat and the films of Lotte Reineger have greatly informed her practice.

With the great debts to the writings of Marsilio Ficino, J.W. Goethe and Junichiro Tanizaki, the series explores the use of symbolic narrative and colour. Each work in these series examines the internal world and the transformative journey of the unconscious.

The Masque of Blackness
I spend much of my time walking by rivers, especially the Rhine in Germany and the Thames in the UK, many of the images I draw and animate appear whilst by these rivers. I connect to the spirit of place. The rivers are essential to my work.

Seven years ago I starting working on this animation / moving drawing.
It is a re – imaging of Ben Jonson's 1605 The Masque of Blackness commissioned by James 1st wife and consort Anne of Denmark. Where the River Niger Speaks to the Moon and the Ocean. And Joseph Conrad's Heart of Darkness written in 1899, narrated from a yawl called the Nellie moored at Gravesend at dusk. Both works are about West African Rivers narrated or performed on the Thames. Both have themes of darkness, moonlight and unexplored territory. In the animation I have woven these texts together
The oil industry in the Niger delta has left a legacy of suffering for many local people and the gas flaring (burning off unwanted gas) and oil spills, have destroyed much of the mangrove swamps.

It would be good to let all rivers speak to the moon and to look after and respect them well.
In the seven years, I made no storyboard for this animation, I just kept sketchbooks and let images return and repeat themselves, as a stream of consciousness. They did keep repeating themselves. I have travelled to research mangrove swamps in Ghana and undertaken an arts residency in Germany by the Rhine.

The animation is all hand drawn, in charcoal on paper either drawn and rubbed out on a single piece of paper, leaving a trace of what has been before. (a palimpsest technique). Or drawn on thousands and thousands of pieces of animation paper. The music is by Esben Tjalve, I had a few ideas of what I thought would work but essentially I wanted the music to be his response to the images.

I am interested in exploring the combination of moving images, still images, mythical symbolism and music to see how, when these elements are combined together they can take the viewer to new, unchartered waters, in their own imaginations.