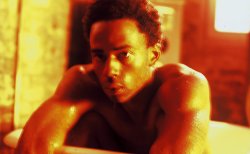 After his best friend overdoses on crystal meth, a hip hop DJ attempts to kick the habit and leave his hometown behind.

Jonathan graduated from Brown University in 2000 with a degree in Art/Semiotics, and went on to work as a Personal Assistant to writer/director Paul Schrader. In 2002, Jonathan enrolled in the American Film Institute, where, over the course of his 2 years, he directed 4 short films and several music videos.