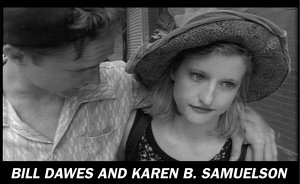 Meet Skirty Winner. An actress with no credits (a daytime temp and an evening bartender), Skirty is taking the biggest bite she can out of the Big Apple. Faced with a boyfriend who can't commit to anything beyond procrastination and a roommate who has everything but a grip on reality, Skirty perseveres through a gut wrenching, soul-swallowing struggle to be discovered. When the wildly eccentric film director Chiswald (in a brilliantly hilarious and touching performance by Austin Pendleton) finds something in Skirty that leaves him breathless, she believes that her big break has finally arrived. Meanwhile, Skirty's befuddled boyfriend's lifelong infatuation with bricks and mortar drive him AWOL from the big city rat race. With her love life gone awry and her professional career in the hands of a man tortured by the ghost of Francois Truffaut, Skirty must choose between the love of her life and her lifelong ambition.

Jeffrey is a graduate of New York University's Film School, where, in his first year, he received the prestigious Best Video Award for "Muffin Takes a Walk". His short films include "Monday 6:00 pm" and "Hills Like White Elephants". He also directs plays and has written numerous screenplays. Skirty Winner is his first feature film.