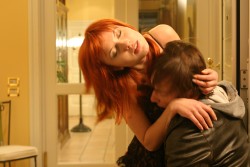 The burglars Sergej and Polde steal a valuable painting Landscape No.2. By coincidence Sergej also takes a mysterious document dating back to the end of the World War II. Instructor is ordered to recover the stolen painting and the document, which triggers a diabolic mechanism of the past.

After studying directing at the Academy for Theatre, Radio, Film and television Vinko Moderndorfer (1958) has directed more than 90 theatre and opera performances, several TV plays and TV documentaries based on his own scripts. He writes dramas, poems, novels. So far, he has published more than thirty books.