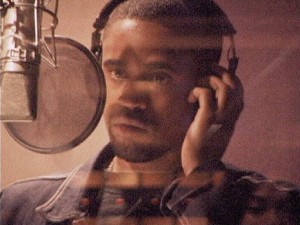 Black Picket Fence is director's Sergio Goes' poignant portrait of the bleak realities of life in the public housing projects of Brooklyn's East New York, one of the inner city's most dangerous and violent neighborhoods. Culled from nearly two years of filming, the documentary's candid interviews, lyric moments of grim beauty, and powerful verite footage takes us beyond the usual stereotypes of the rap world and into the life of Tislam Milliner, a struggling rapper who's ambitious to make it out of the "hood". At the age of 25, Tiz is considered a survivor. Through intimate vignettes of the Milliner family, Tiz's close-knit crew, his pregnant girlfriend, his overzealous manager, and his mentor, the legendary Kool G Rap, Tiz's hopes and the quiet despair of his "book of life filled with pain" gradually emerge. Tiz's best friend Mel is a veteran of the "drug game" and has spent some part of every year in prison since he was twelve. Now, he's out. But with little hope of breaking the game's vicious cycle of money, dark deeds and long spells of incarceration, Mel's life represents everything Tiz is trying to escape. Real escape, however, may be a goal beyond possibility. And with the birth of Tiz's son, it becomes unavoidably evident that Tiz's fate and his hopes for success involve far more than just his own happiness. The whole crew has come to depend on his realizing it.

Born in Brazil, Sergio Goes has been living in the US for the past 13 years. His photography work has been published and exhibited internationally. "Black Picket Fence" is his first film.

Buy the DVD from Amazon