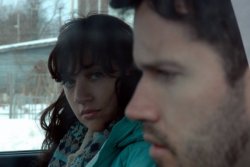 A woman seeks love and beyond in a small, working class town.

Marc Fratello received his BFA in Drama from NYU's Tisch School of the Arts. He studied acting and theater directing at Playwrights Horizon's Theater School, as well as the Royal Academy of Dramatic Art in London. He worked in and around the off-broadway theater community before entering the MFA program at Columbia University. His thesis film Babyland won the 2010 Focus Features Award for Best Film.

Writer/Director Marc Fratello and members of the cast will be available for Q&A after the screening.