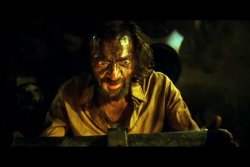 Scrap metal pikey Arec discovers a valuable treasure during his demolishing and gathering work in a dark basement. He decides to keep it for himself, but soon his two comrades grow suspicious and a fierce and nerve-racking struggle for power unfolds...

Rob Lücker (1977) directed commercials for brands like Albert Heijn, Delta Lloyd, De Bijenkorf and SP. His graduation film Skoda won the Talent&Pro Award for Best Film of Dutch Audiovisual Academy's. 'Every shot is like a painting', according to the jury. 'Every scene is just right, in timing, image and action'.

Director Rob Lücker will be available for Q&A after the screening.