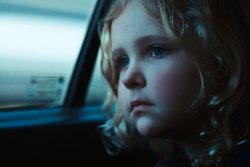 Young Chloe goes to live on her uncle's ranch after the death of her mother, finding solace in a foal with whom she strives to exercise some control over in a world that escapes her understanding.

Josh Tanner directed his first short with Perception Pictures, Embrace in early 2009 and completed Deliberation and The Foal in 2010 with actors David Roberts (Matrix 2&3, The Square, Fools Gold) and Henry Nixon (Noise, The Pacific, Sleeping Beauty). The Foal won Best Film at the 2010 In the Bin Film Festival, the 2010 Shorts on the Green Film Festivals and the 2011 Angry Film Festival. It also placed as 1st Runner Up of the Super Short Golden Oosikar Award at the 2010 Anchorage International Film Festival. The film has screened at over twenty-five international and national film festivals including Palm Springs, Rhode Island, Fort Lauderdale, Newport Beach, St Louis, Whistler, St Kilda and Dungog film festivals.