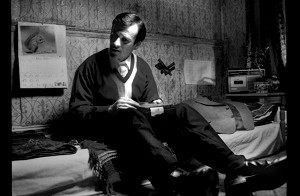 From the rolling hills of southern Italy to the manic streets of the Big Smoke, Marco arrives in London to master the Queens English. Struggling in his new environment, he meets the wrong people, in the wrong place at the wrong time. Being foreign has never been this painful, but remedy could be on the next underground train.

Stian Smestad (1976) has been educated at the European Film College in Denmark and received a B.A. in film production in the UK. Practice Makes Perfect is his debut short after college. He can also be seen as the main character "Haakon" in the Walt Disney film Shipwrecked (1990).