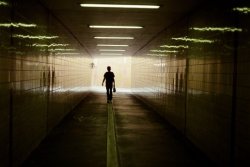 The story of a teenager struggling to come to terms with the death of his mother on the one-year anniversary of the tragic event, "Friday" examines the aftereffects of terrorism in England.

Sebastian Rice-Edwards had an early introduction to the film industry, starring in John Boorman's "Hope & Glory" at 8 years of age. On losing his boyish good looks he decided he was better suited behind the camera. His strong cinematic approach to storytelling creates work that is visually striking and emotionally engaging. He has won numerous awards including golds at Cannes and BTAA Arrows (for VW Golf, Debris and Waiting to Happen), but he is most proud of winning "Best Shot" at the Academy clay pigeon competition.