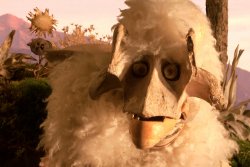 THE OLD MAN AND THE OLD WOMAN

Two soul mates struggle with opposing fears of death and loneliness in this short dark comedy.

Director Basia Goszczynska will be available for a Q&A after the screening.