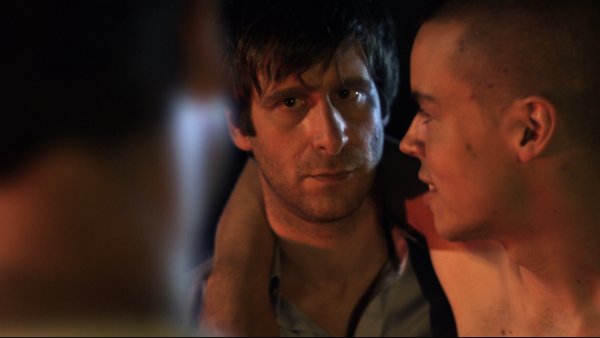 Sully, former frontman of a prominent Philly punk band, struggles for a new identity after moving into an affordable rental outside of Philadelphia with Karen and their 5-year-old son. Mick, his ex-bandmate, resurfaces with a promise to pay back money owed. In a long night, Sully must negotiate a gauntlet of revenge and deceit in order to get back home.

Damon Maulucci completed his MFA at Columbia University. He recently served as a producer on the feature documentary, PAUL WILLIAMS STILL ALIVE, an official selection of the 2011 Toronto Int'l and SXSW Film Festivals. Damon has written several screenplays including, THIS THING ON?, a top fifteen finalist for the Sundance Screenwriters Lab. His short films, BAD LIGHT, and, LITTLE MAN, have screened at festivals across the U.S. and abroad. Damon has taught screenwriting, film production, and media studies for Hofsra University and St. Francis College. He currently lives in Brooklyn, NY, and serves as a Visiting Professor for the Film and Television Master's Program at Sacred Heart University.
Born and raised in Philadelphia, Keir Politz completed an MFA at Columbia University where he was a recipient of the John and Jane Smith Fellowship for excellence in screenwriting and one of five film department fellowships. His short film, A PIECE OF AMERICA, won the Audience Choice award at the 2007 Columbia University Film Festival and was selected as one of only four U.S. films to be screened at the prestigious 2008 Clermont-Ferrand Short Film Festival in France. Keir teaches screenwriting at the University of Pennsylvania Department of Cinema Studies and Temple University, and is currently working on his second feature.

Co-Writers/Co-Directors Damon Maulucci and Keir Politz and their cast will be available for a Q&A after the screening.