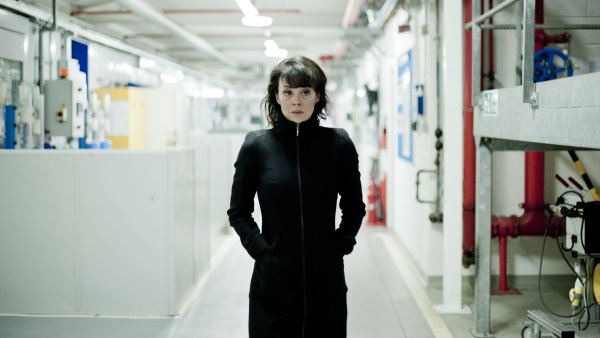 A passionate post-9/11 love story: an older woman with a young Muslim man in a world where security is paramount and nothing is what it seems. Frankie is part of the war-machine, a successful aerospace engineer designing drones for the military. When she meets Kahil, a French-Algerian student, she embarks on a passionate affair and for the first time loses control of her well-ordered life. One morning at work, she is detained by the security services and told that Kahil is a 'person of interest'. She discovers that she has crossed a line into a nightmare world of suspicion and accusation. She now realizes how little she knows of this man. But her love proves stronger than her mistrust, and she tries to find a way to protect her lover. Finally she discovers to her cost that betrayal always comes from those closest to us.

Katarzyna Klimkiewicz is a graduate of the Polish Film School in Lodz and the Binger Film Lab in Amsterdam. She has collaborated with Polish National Television on many projects, including her documentary, 'Krystian Lupa's Labyrinth'. Her documentary 'Wasserschlacht - The Great Border Battle', co-directed with Andrew Friedman, won the Berlin Today Award during Berlinale 2007. Her short film 'Hanoi-Warszawa' won many Polish and International awards and was voted the Best Short Film 2010 by the European Film Academy. She has recently completed production in Chile on a new short film for Copenhagen Film Festival, 'The Time Before' co-directed with Dominga Sotomayor, and will be directing for the major Polish historical drama series 'Days of Honor' during summer 2013. Klimkiewicz is also president of Young Polish Filmmakers Association FILM 1,2, a member of the European Film Academy and an assessor for the Polish Film Institute. 'Flying Blind' is her debut feature film.