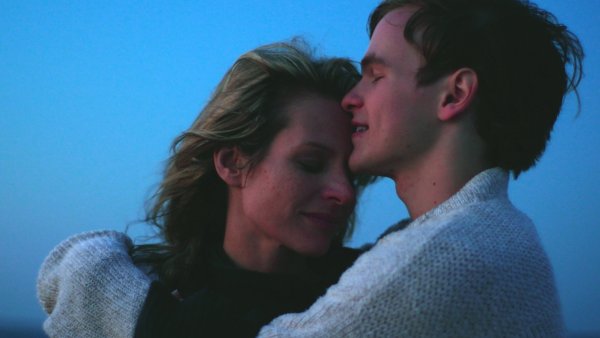 Intimate, raw and funny, SOMEWHERE SLOW features a searing and complex portrait of Anna Thompson, a 40 year old skin care rep, coasting through an unfulfilled marriage and an estranged relationship with her family. When Anna gets mixed-up in a deadly convenience store robbery, she makes a split-second decision and walks out of her life and into the unknown. On her travels, she meets Travis, a teenage drifter on his own journey of self-discovery. Together they break into the New England summerhome of Anna's childhood. It is in this quiet house, far away from the world, that both Anna and Travis begin to shed their protective shells, and for the first time, embrace the simple human connection they've spent their lives avoiding. Sparse and provocative, this film shines light on how sometimes we must learn to break our own rules to find the life we've been yearning to live.

A graduate of the University of North Carolina at Chapel Hill and BADA, Jeremy O'Keefe's other works include the feature WRESTLING (2008) and the shorts CLOSURE (2008) and FINALE (2013). SOMEWHERE SLOW was an Official Selection at Cinequest, Omaha Film Festival, Vail Film Festival and the Monadnock International Film Festival. Additionally, Jeremy directed a music video for Marriage Equality for musician Brendan James "Nothin' But Love". Jeremy lives in Los Angeles.