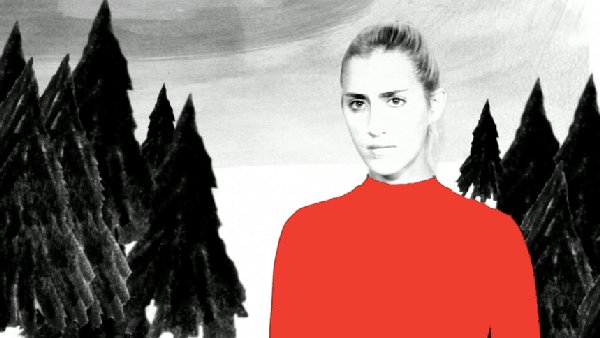 The Course follows the journey of an ambitious young woman unaware she is trapped in a loop of continuous competition. Set in a hand-drawn environment, live-action characters push forward attempting to both satisfy and escape their ambitions.

Rachel Salomon O'Meara grew up in Park City, Utah. She competed as a downhill ski racer nationally and internationally. Since 2002 she has lived in Brooklyn, NY, creating paintings and images for commercial projects and gallery exhibition. O'Meara has taught painting and illustration at Maryland Institute College of Art. She studied Visual Art at Brown University and Illustration at Art Center College of Design.
Animation Director: Ana Mouyis studied Illustration at Parsons in New York.She has worked with artists and clients on experimental and commercial animation projects. Ana and Rachel have worked together on short film projects since 2008.

Director Rachel O'Meara and Animation Director Ana Mouyis will be available for a Q&A after the screening.