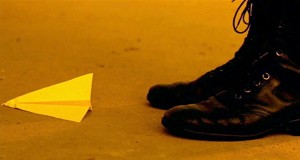 In all of us lives a Dreamer. When the world of our Dreamer collides with that of our Realist, the Dreamer is fatefully doomed. But the real tragedy is our failure to recognize the one destroying our Dreamer is an overlooked resident: our own Doubter inside us.

With a Fine Arts Bachelors from USC, Chad S. Park worked as a visual designer of features, commercials and multimedia before his graduate studies at USC film school. His thesis film "UP" has won the DGA Student Film Award and has been honored as one of eight worldwide projects chosen for The International Cinematographers Guild Film Showcase. Concurrently with his education, Chad has maintained professionally as a visual designer and director of commercials and feature trailers.