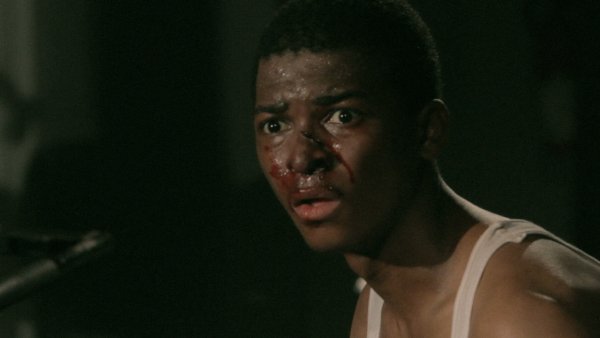 BOY IN THE VOID

A proud boy opens the door to a masculine world of a hardcore Brooklyn gym and quickly learns that the image he has of himself is seen much differently by his friend and the gym owner. In his ensuing quest for manhood, the boy uncovers a side of himself that has never been revealed before. This story is inspired by real events.

After graduating with a French Baccalaureate in the Czech Republic, Miroslav Macala boarded a plane to the United States with a very clear goal in his mind- to become an exceptional filmmaker. After completing a dual degree program in Cinema & Photography and Business Administration at Ithaca College, he continued his odyssey and is now pursing his MFA in Creative Producing and Writing at Columbia University. Currently, he is in the preproduction phase for his graduate thesis film about Neanderthals, "Cain", which has been nominated for various development awards. Miroslav temporarily worked at Barrandov Studios in Prague and for a management company in Los Angeles. Most recently, he solely coordinated a speaker series for Columbia University, featuring guests such as Danny Boyle and Alexander Payne. Miroslav strives to expose audiences to alternate universes and is passionate about topics such as science fiction, bodybuilding, and fantasy.

I strive to make films that provide both spectacle and essence. In that spirit, “Boy in the Void” features action and thrills, but it also explores important themes and deeper messages within the story. The film is loosely inspired by a 2009 incident in Brooklyn where two men, one being only 19 years old, attacked a social worker and bodybuilder, Douglas Smith, 50, in a feud over exercise equipment. The shocking nature of the story caught my attention and I was curious to explore the darkness of man, including how masculinity and ego can have a devastating impact on human kind. The result of my curiosity is “Boy in the Void”.

Director Miroslav Macala and lead actor Sidiki Fofana will be available for Q&A after the June 6 screening.