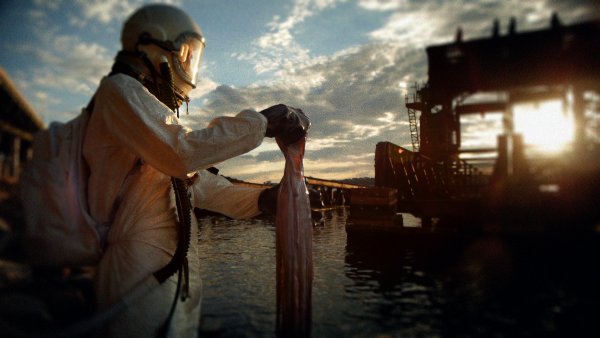 Somewhere in the depths of our universe, an aged spaceman laments the loss of his only friend--an octopus in a specimen jar.

Timothy Ziegler is a New York-based writer and director. He is a product of the weakness between a traveling vacuum cleaner salesman and a fortune-cookie heiress. Though he was raised and educated in the rural, Middle West of America, he has done odd-jobs in Los Angeles and Chicago. Mr. Ziegler's past films include "Tesla & the Bellboy," "Pinmonkey" and "Hot Damn, Caravan!"--all of which have won numerous accolades and the respect of his peers. He has no known allergies and has never been to outer space. He has two-arms and a strong will.

Director Timothy Ziegler and Director of Photography Bryant Fisher will be available for a Q&A after the screening.