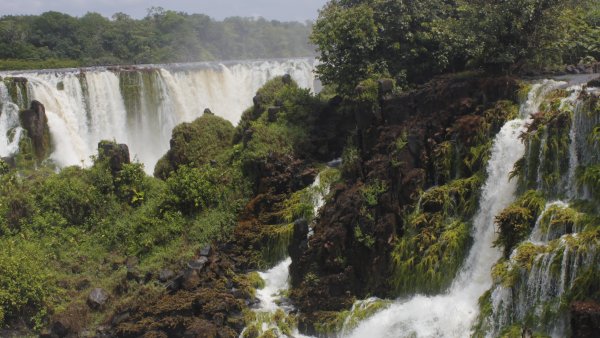 At a time when the world is focused on the impact of humans on the environment, Eternal Amazon is a lyrical, poetic documentary that presents a critical analysis of how the world's largest tropical rainforest is understood and utilized. Exploring the Amazon's five million square kilometers - which are home to countless plant and animal species, and 20% of the world's freshwater reserves - the film asks whether it is possible for humans to make sustainable use of the rainforest. Executives, politicians and environmentalists working together with indigenous tribes and riverbank communities are currently constructing a model for using nature that can extract its resources while generating work and income, with minimal environmental impact.

Belisario Franca is a Brazilian director with an impressive track record of series and documentaries made for television and cinema. For more than two decades, he has devoted his talent to drawing up an inventory of the material and immaterial culture of brazil through a critical and investigative gaze, with a sufficiently light touch that spotlights many of the specific characteristics of Brazil. Very familiar with the realities of the people of Brazil, his audiovisual inventories - presented as series and documentaries - have won many local and international prizes. Outstanding among them are Overseas, which was voted the best television series by the International Documentary Association (IDA); Xavante Strategy, which won the United Nation prize as the best art and media creation related to peace and music in Brazil, ranked as the best cultural production for television in the Brazilian Cinema Grand Prix.

This ﬁlm tells the stories of people who live, love and work in Amazonia, telling their own stories. These are people who cope with the difﬁcult but doable challenge of ﬁnding an even balance between economics and ecology. A collective history with lessons for the world is being written today in Amazonia. Stories of triumphs over adversity, pain, disappointment and doubts, with victories and innovation, looking ahead to the future. The stories of people who want to make an Amazonia eternal.

Associate Producer Katia Machado will be available for a Q&A after the screening.