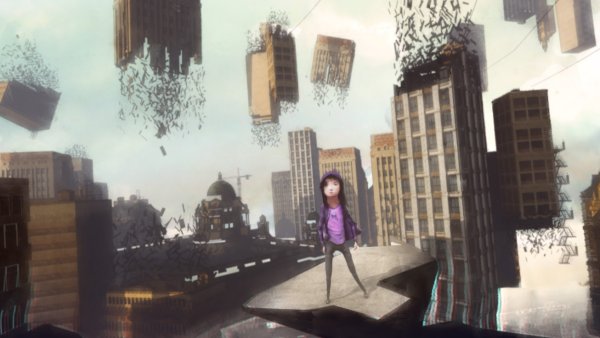 When a girl receives a call from her father she is set on a frantic journey through a chaotic world.

An artist, animator and film-maker, Kris Kelly works considers the impact and possibilities of digital media on our every days lives. His work centers on the interpretation of emotion and creativity in digital media, intersecting new and old media and techniques to create a dense rich visual language. His has been commissioned to create films for Children's BBC, Comic Relief, and has received international recognition with, My Autism and me (BBC 2011) winning 2013 International Emmy, 2012 RTS award, (2013). Since 2009 he has been working with collaborator Evelyn McGrath under the umbrella of Blacknorth, to create original films and digital media, including immersive games and apps. Here To Fall is Blacknorth's first film. Here To Fall has won Darklight 2012 - Best Animation and the Don Quixote Prize for Best Animation at the Galway Film Fleadh 2012 and is BAFTA nominated for best short animation 2013.