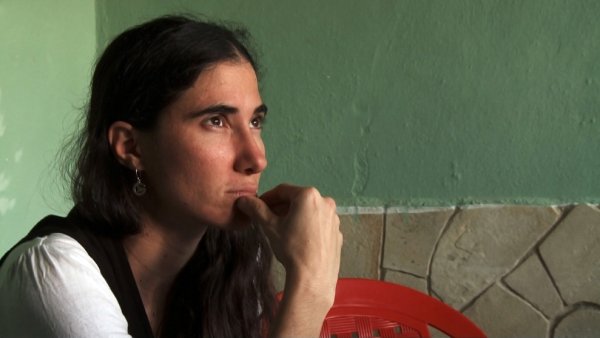 Their voices are suppressed, prohibited and censored. But world-famous bloggers Yoani Sanchez, Zeng Jinyan and Farnaz Seifi are not frightened of their dictatorial regimes. These fearless women stand for a new, networked generation of modern rebels. In Cuba, China and Iran their blogs shake the foundations of the state information monopoly - putting their lives at great risk. Barbara Miller's film FORBIDDEN VOICES accompanies these brave young rebels on their dangerous journey and traces their use of social media like Facebook, YouTube and Twitter to denounce and combat the violations of human rights and freedom of speech in their countries - thereby triggering international resonance by building up enormous political pressure.

Barbara Miller was born in 1970 in Zurich, Switzerland. She studied at the University of Zurich, focusing on the fields of cinema sciences, philosophy and psychology. 1998 she graduated with a degree in law. From 1999 on she worked for two years as assistant director and assistant editor on the Oscar-nominated feature length documentary WAR PHOTOGRAPHER by Christian Frei. In addition she produced several commercial, industrial and image-films as a freelance producer and director. Since 2001 she has worked as a freelance documentary director for Swiss National TV. Barbara Miller directed over ten critically acclaimed 52-minute documentaries on a variety of socially oriented subjects, ranging from the ANTI-GLOBALIZATION MOVEMENT to DOMESTIC VIOLENCE, YOUTH VIOLENCE, DIVORCED MOTHERS and BLINDNESS but also uplifting subjects such as THE CLITORIS. FORBIDDEN VOICES is her first feature-length documentary.