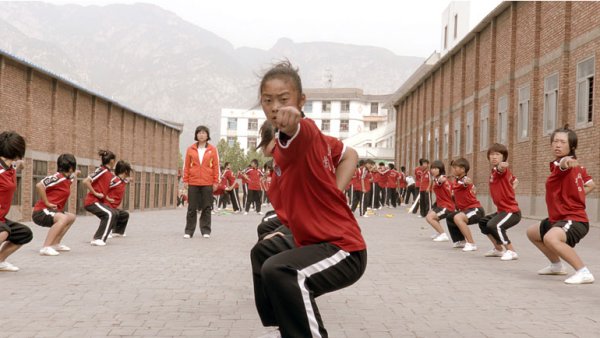 'Dragon Girls' tells the story of three Chinese Girls, training to become Kung Fu Fighters, far away from their families at the Shaolin Kung Fu School, located right next to the Shaolin Monastery in Central-China, place of origin of Kung Fu.Three girls in a crowd of 26.000 children, under pressure to conform to the norms and structures: they are turned into fighting robots and yet, if you look behind the curtain, you see children with dreams and aspirations...

Inigo Westmeier was born in Brussels in 1973. He went to school in Belgium, the US and Germany. After his studies at the Film Academy in Moscow (VGIK) and his graduate course at the Baden-Württemberg Film Academy, Inigo also received a scholarship from the German state Baden-Württemberg to study at the UCLA Extension Entertainment Studies Department in Los Angeles. After completing his studies, Inigo worked as Director of Photography for feature films, international advertisements and award-winning documentary films. In 2010, Inigo founded Open Window Filmproduction. Dragon Girls, his first feature length film as a director, won the top prize at the Hot Docs Film Festival in May, 2013.