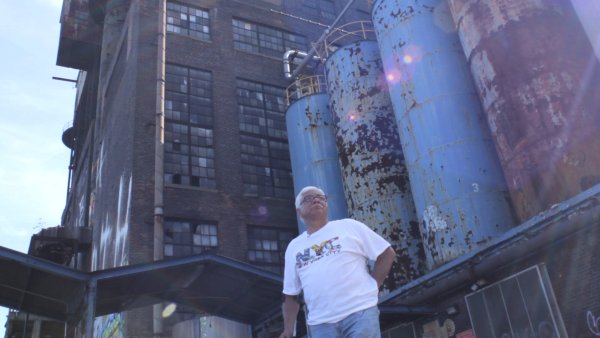 Once producing half of the nation's sugar, the Domino Sugar Refinery was an icon of Brooklyn's industrial waterfront, and operated for over a century in South Williamsburg. By the end of 2014, much of the building will have been demolished for new housing, while the rest will be renovated for commercial use. Two former workers who still live only blocks away return to their days at Domino and visit the now derelict space that was part of their lives for 30 years.

Anthony Simon works with fiction and non-fiction filmmaking, music production, and street art. He works professionally as a video editor and has worked with Maysles Films, The Guardian, and The Yes Men. Anthony received his BA at The Evergreen State College and was a fellow at the UnionDocs Collaborative Studio Program. He currently lives in Ridgewood, NY.

Director Anthony Simon, producer Mike Vass, and documentary subjects Juan Mendez and Francisco Ortiz will be available for Q&A after the screening.