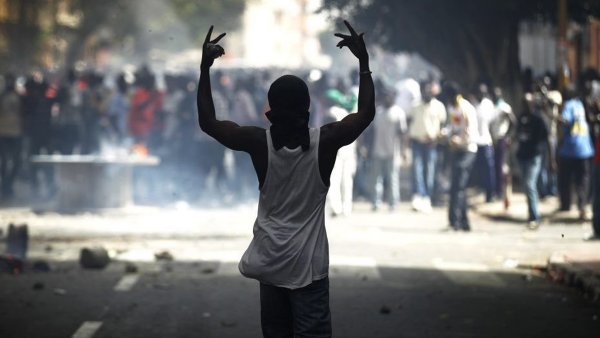 They are thirty years old. They have fire in their bellies. They have charisma. In 2011, a few young Senegalese rappers created a social movement called Y'en A Marre (Enough Is Enough). Little did they know that their protest against an oppressive regime would bring about an epic encounter with history. They are the symbol of a new African youth grounded in their own time, open to the outside world, hungry for culture, attached to democracy. Boy Saloum is their story, an intimate portrait of Senegalese culture as a country fights for its rights.

Audrey Gallet, is 36 years old. During two years, she followed the realization of 3 documentaries for France Télévisions, as film editor and 2nd camera, beside the French director Jean-Robert Viallet. She received the Albert Londres Prize in 2012 (shared with Alice Odiot) for her documentary Zambia, good copper bad copper.