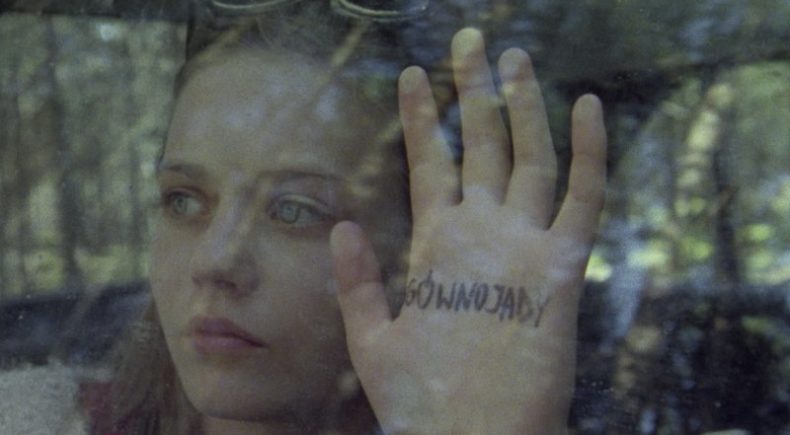 A maturing teenage girl goes on vacation with her parents. Together, all three are lonely, full of hidden emotions and suppressed grievances towards one another. The girl is insulted by her parents' lack of recognition of her creativity and original flare. Father, an unemployed frustrated scientist, declares that the world is made of a bunch of shit eaters. His attempts at communicating with his daughter are reduced to enforced physics lessons. All the while mother just hovers in apathy. Escaping the indifference and alienation of her parents, the girl finds solace in her imaginary world. Inspired by the nearby sea and her father's hatred for the entire universe, she invents three monsters; a shit eater,a crab man and an octopus man. After hanging out with her new creations on a desolated beach she starts to think that she doesn't need her parents at all anymore, hoping to erase them from her life forever.

Agata Wojcierowska is a film director, writer, animator and cartoonist. She graduated from Krzysztof Kieslowski Radio and Television Faculty at the University of Silesia (film directing) in Katowice, Poland. She's an author of several short feature, documentary and animation films. She makes very personal movies often based on her own diaries that she's been writing since she was 12. Agata likes introverted characters which are scared from showing their feelings towards other people and suffer loneliness and isolation because of this. Her diploma "Shit Eaters" (2014) is being shown now on the Festivals all over the world. The movie got on the Cineuropa's list of Top European Short Films of 2014. Currently Agata's been working on her first full-lenght documentary film "WE" with an Israeli co-director Dorel Gillerman. The movie is a love story they composed from her written diaries and his video diaries since the first day they've met.