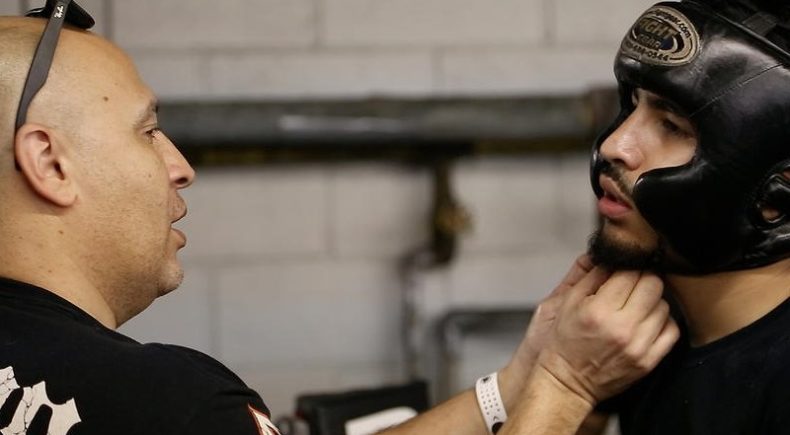 Born Into This examines the American Dream told through an immigrant father and his son's attempt to break into the world of professional boxing. Junior 'Sugar Boy' Younan is an 18-year-old professional boxer from Brooklyn, NY. His father Sherif has been his trainer throughout his entire career. After 14 years, Junior and Sherif are beginning to realize their aspirations: Junior has become a blue chip prospect backed by some of boxing's leading figures. But ahead of them remains their biggest challenge yet: surviving the business of boxing without sacrificing their family bond.

Lea Scruggs is a multimedia journalist from Miami, FL. Scruggs received her Masters of Science from Columbia University's School of Journalism where she was selected for the Third Semester Documentary program. Scruggs received a B.A. in English from Atlanta's Spelman College. After graduating in May 2012, Scruggs took a gap year to travel, teaching kindergarten in Ghana and volunteering there with a women's micro-finance group. After Ghana, she attended a language immersion program in Nice, France and attended the Cannes Film Festival. Scruggs has freelanced for a VH1 pilot docu-reality show, interned in CNN's Newsroom and "Black and Latino in America" documentary series, and held internships in PR, marketing and film festival programming. She is currently an Associate Producer at Women In The World, in association with The New York Times. Follow her on Twitter @LeaScruggs and Instagram @LeaZora. Sean Ryonn is a documentary journalist from West Chester, PA. Ryon received his Masters of Science from Columbia University's Graduate School of Journalism and his Bachelor of Arts in English and Film and Media Studies from Lafayette College. He worked for HipHopDX.com as a Staff Writer, Editorial Assistant, Images Editor and video producer from 2009 until 2013. He also worked as a News Editor and Video Producer for XXL Magazine. Ryon has also shot produced short documentaries and news spots for the likes of Fusion, Vocativ and Revolt TV. He is currently a video journalist NationSwell, as well as a freelance producer, camera operator and editor for VICE Sports and Noisey's "Live From The Streets." Follow him on Twitter @seanryon89.