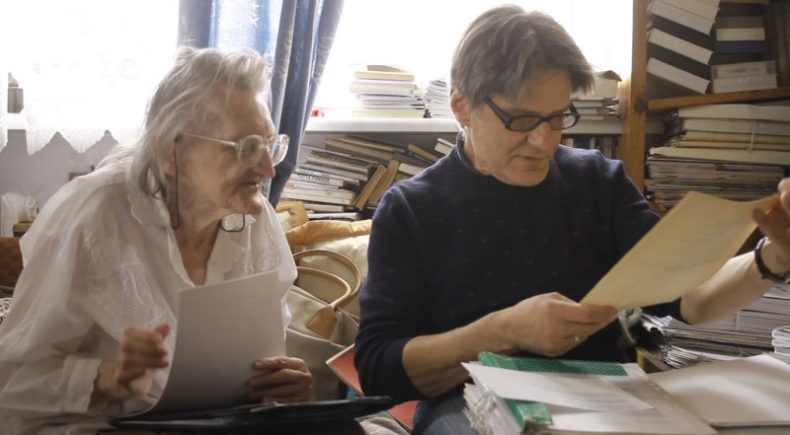 90-year-old Krystyna, lives in the tiny apartment surrounded by books and writing pads. That's remarkable in itself since Krystyna is almost blind, but that doesn't stop this still vital woman from writing passionate and eloquent poetry that celebrates life. She scrawls her poems herself, but this turns out to be an unreliable method because one of her pens doesn't work, meaning a recent poem is almost illegible. "My poems are vanishing into the void!" she cries out, writing yet another beautiful poem on this very subject. In the meantime, she is preparing for an important journey to a declamation contest where she hopes to share her poems with the audience.