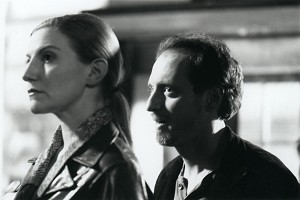 An alcoholic NYC ne'er-do-well struggles with mixed success to remain both unmoved by a chance encounter with an erstwhile Alcoholics Anonymous crony and uninvolved in sudden, escalating violence at a local coffee shop.