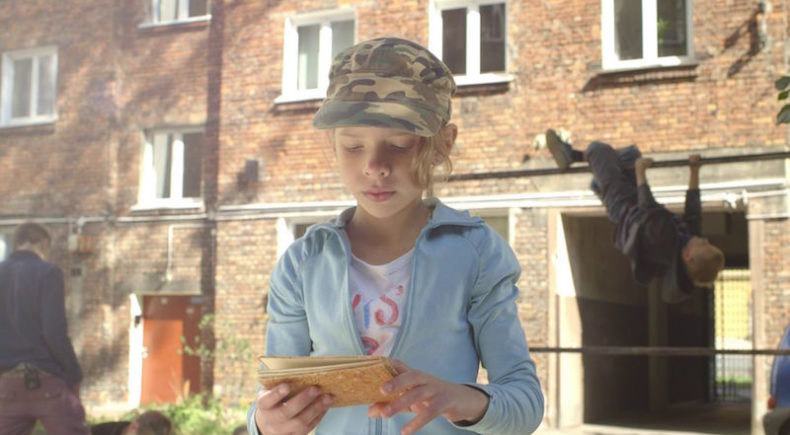 A BRAVE BUNCH. THE UPRISING THROUGH CHILDREN'S EYES

A Brave Bunch. The Uprising through children's eyes. When the Warsaw Uprising started in 1944, thousands of children lived in the city. Brave Bunch is about those who survived. A hybrid documentary by Tomas Stankiewicz tells a story of heroic and tragic 63-day struggle to liberate Warsaw from Nazi Germany occupation during World War II from a child's perspective. In the film a group of kids finds an authentic dairy from the Warsaw Uprising. Looking for its owner they stumble into the Warsaw Uprising Muzeum. Thanks to the diary's magic power they meet their peers from 1944 who survived complete destruction of Warsaw and slaughter of its inhabitants. The film takes viewers to the old backyards of Warsaw and the dangerous city sewers.

Tomasz Stankiewicz is the director and co-screenwriter of the "Brave Bunch". He studied at the Directing Department of the Warsaw Film School. While still in the program, he created a short film for a competition "Culture Counts" organized by the National Centre for Culture in Poland, winning 1st Prize. His documentary debut "Brave Bunch" have been screened at various film festivals including Thessaloniki Documentary Film Festival and recived Best Short Documentary Award at 18th Olympia Film Festival. Tomasz is DOP and editor of multi awarded documentary "Invisible" directed by Zofia Pręgowska.He is currently working as a director and partner in Prego media, a production company responsible for documentaries and audiovisual content.