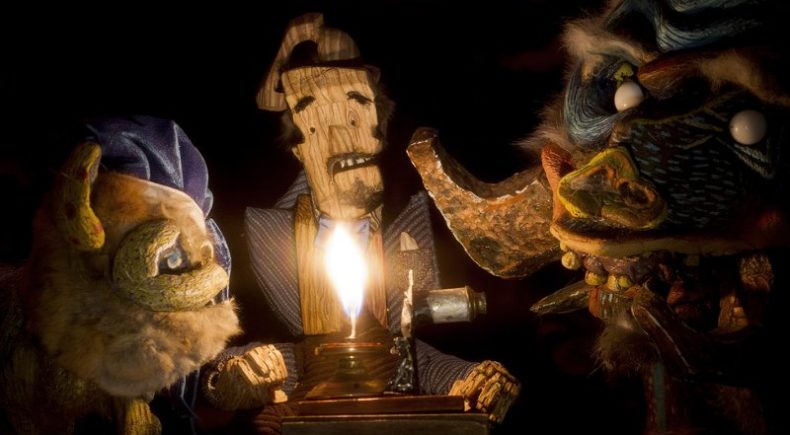 Revoltoso is a stop-motion short film that tells the story of a little one-eyed boar who lives in Don Gonzalo's hacienda during the Mexican Revolution in 1913. Don Gonzalo, an avid follower of the recent exiled president, Porfirio Di­az, uses the strength of his wild boars to enforce his will. A photographer is hired to film and document his regime. The Revolutionary Army attacks the hacienda in order to reclaim the land to the workers. In the midst of this battle, the little boar is brought closer to the film camera and must decide what to do with it.

Arturo Ambriz, commonly called "Vonno", is the cofounder and codirector of Cinema Fantasma, a creative company that specialises on stop-motion and other classic animation techniques. He was born on 1988 in Mexico City. When he was 16 years old he studied Digital Filmmaking on a summer program in the New York Film Academy. He has been working on the animated short film "Revoltoso" as director along his brother since 2011. In 2015 he produced and directed seven stop-motion and mixed technique interstitials for Cartoon Network Latin America. Roy Ambriz was born in Mexico City in 1990. From an early age he showed interest in the visual arts and narrative, thus taking multiple courses in drama, drawing and sculpture among others. From the age of fourteen, began taking courses of special makeup effects. In 2009 he began his bachelor degree in Film and Television in Centro de diseño, cine y televisión and graduated in 2013 with his short film thesis "Telleth of those that dwell in the water". He and his brother were two of the invited artists to showcase a piece of art on the Guillermo Del Toro: In The Service Of Monsters art show at Gallery 1988 in Los Angeles.

Directors Arturo "Vonno" Ambriz and Roy Ambriz will be available for a Q&A following both the June 6 and June 9 screenings.