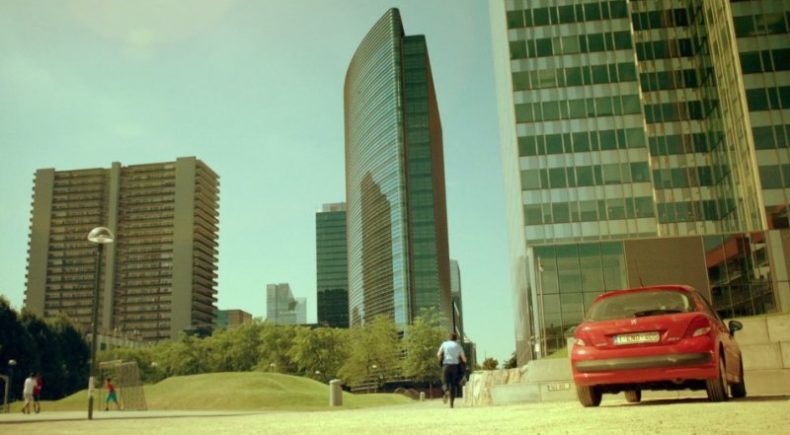 Under the leaden sky of a summer day, Eric is driving to his workplace to present an important project. But the stress makes him forget what matters the most...

Fred Castadot was born in 1981 in Belgium. He graduated in History of Art as well as Cinematographic Analysis and Writing at the Université Libre de Bruxelles (ULB). A protean author (music, cinema, television, comic books, etc.), he won the Best Screenplay award for a Short-Movie at the Media Festival 10-10 in 2004. His screenplay for the feature movie "Quand on n'a que l'amour" made it to the finals of the Prix Sopadin Junior for Best Screenplay in Paris (2006). That year, Fred Castadot became the Vice-President of the Association des Scénaristes de l'Audiovisuel (ASA) (Belgium). His first short movie entitled "NoStar" was directed by Christian Neuman. He represented England at the UK Trailblazing Short (a selection of the 12 best English short movies shown in Los Angeles). In 2012, he started teaching Screenwriting as well as Cinema and Video Art History at the Agnès Varda School (Brussels). The same year, his comic book "Du vent sous les pieds emporte mes pas" (Quadrant, drawings: Gaëtan Brynaert) won the Saint Michel de l'Avenir award for Best First Cartoon book. Still, in 2012 his feature film entitled "Adrien" is selected by the Maison des Scénaristes to participate at the Pavillon International des Scénaristes at the Cannes Festival. "Blazing Sun" is his first movie as a director.