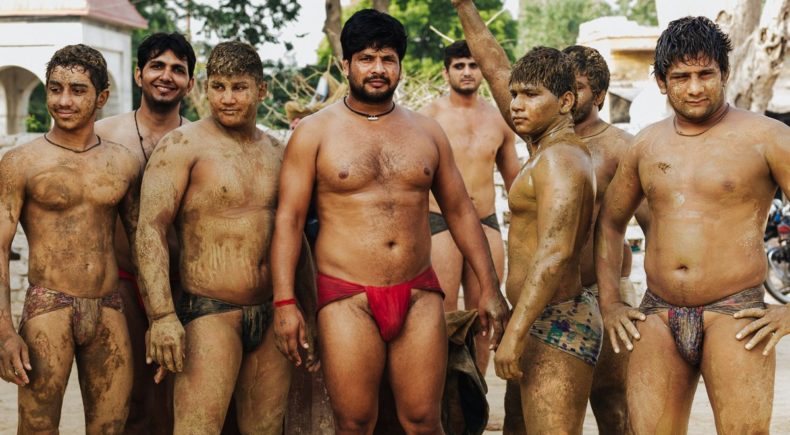 The fascinating story of a group of young men that practice the ancient art of 'pehelwan,' or mud wrestling, at the Bhuteshwar Akhara in the town of Mathura, India. We get to witness the strict yet ultimately joyous way these men live, the tight bond they have with each other, and the reverence for the soil they wrestle upon.

Joao Canziani was born in Lima, Peru. At the age of 15, he and his family moved to Vancouver, Canada. It was there that João first used his father's old Pentax K-1000 to document the strange new landscape and get close to girls. After earning a degree in Psychology at Simon Fraser University in Canada, João pursued photography in earnest by moving to Los Angeles and completing a fine arts degree at Art Center College of Design in Pasadena. Early in his career, João was named one of the "30 Young Photographers To Watch" by Photo District News, which immediately lead to frequent collaborations with magazines such as The Fader and Travel & Leisure, as well as commercial clients, such as American Express. A move from Los Angeles to New York in 2009 provided the impetus for him to further refine his vision, now characterized by an embrace of color and a simplicity in composition. João applied this renewed vision to a host of personal projects, including "Ciudad Natal," a series on João's 'birth city' of Lima, where his unique status as a native outsider converged with his photographer's mind to create a meditation on a well-loved place that holds an exotic thrill. It's through this decidedly personal approach that João has continued to shoot successful campaigns for such clients as Delta Airlines, Nike, Apple, and Gatorade. Currently, João is combining his photographic and narrative acumen to tell stories on film. Recent projects include two short documentaries set in India, and a short narrative piece shot in Moscow, Russia. João is based in Brooklyn.