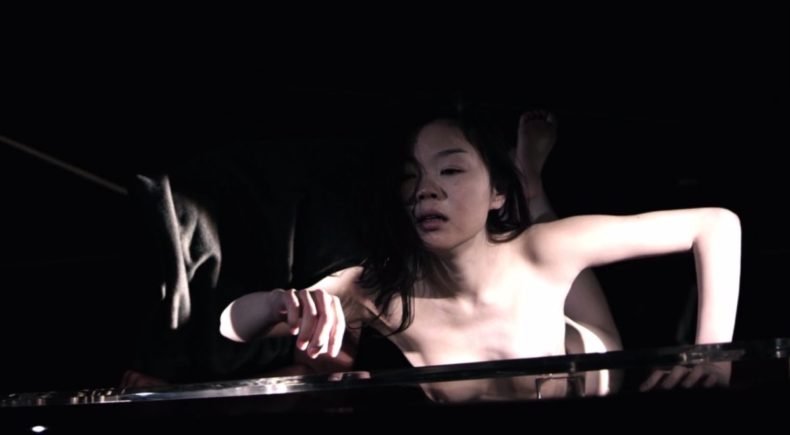 At the borders of reality, this film retraces the genesis of an immemorial alien couple, which would break into our urbanized and injured world without ceasing to be in resonance with the secret of life and the structure of the universe, in the eyes of the escapees who would have a mysterious premonition.

Jules Le Guen - Horseman & Swimmer, I filmed the equestrian world cup with SANG D'OR in 2003 and the Surfing World Championships with EFFET MER in 2004. Fascinated by the languages of the flesh, a shot of what cannot be seen but is being played out and being exchanged, a moment of exception in life or in the arts and sciences, a most intimate moment for beings and things. Since 2007, I have been bringing a team together around QUANTIC PROJECT, a cinematographic series articulated around two pillars : The Martin Bodmer Foundation, Temple of Man's written work and UNESCO World Heritage Site, and the CERN, European Laboratory for Particle Physics. At the borders of the classical world and quantic physics, it is an attempt to shed a cultural and artistic light on science, and SPIN is an episode.

On October 4th 1952, on both sides of the French-Swiss border, Geneva was chosen to host the CERN. This laboratory explores the realm of energy, the infinitely large, source of cosmic energy, and the infinitely small, source of atomic energy. Researchers push the limits of both technology and imagination. We explore the mystery of quantic physics :How the observer changes the experiment. On the hillside by the village of Cologny, geo-poetical hotspot, next to Geneva and in front of the Jura s ridgeline, the Martin Bodmer Foundation sits above Lake Geneva. She stands in time to stretch the boundaries of the human spirit. It is through the body that the mind discovers itselfand through dancing that it opposes gravity. Dance, metaphor for thought, as a substitute for the spoken wordfor a dialogue with gravity. The metaphor of a cave harbouring 160. 000 references, the Foundation offers a space to ponder Man s fate, escape from the tragic by creation and imagination.