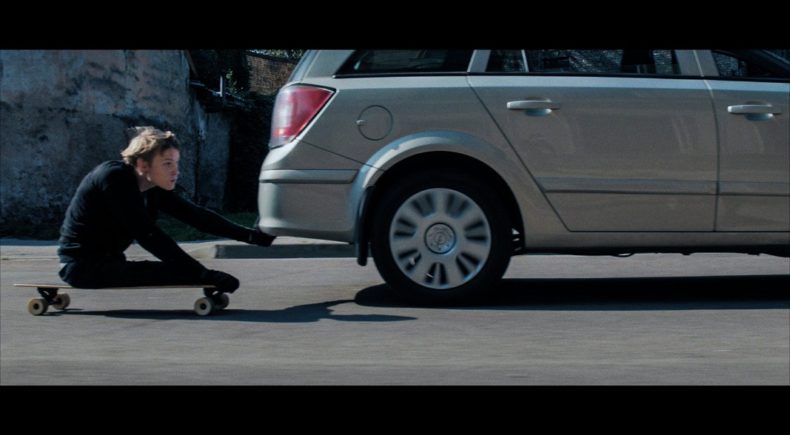 Inspired by the incredible true story about a young man Just (24), who lost both of his legs in childhood accident and who is in love with the girl next door - Ieva (23). The story begins when Just meets Ieva on the doorstep of the house they both live in. They start a flirty conversation that is interrupted by two thieves, who rob Ieva in front of Just. In the blink of an eye Just decides to follow the thieves to retrieve Ieva's bag and conquer her heart!

Pavel Gumennikov: My passion is story telling. Stories were told long before I was born and will be told long after I die and that is what I love about stories, they are immortal, they live in our hearts and transform life's. My grandfather taught me how to tell stories, by telling them to me and I am telling them to people around the world through moving images. My movie directing career started in China, where I won Sony and China Normal University Film festival, with my first film - Kaleidoscope. After that followed work as 1st AD on large Chinese films, where I gained experience and moved on to directing my own films, commercials and music videos. Movies are my passion for 15 years now but every day feels like first. Like that feeling when you fall in love, but for me all 15 years are like first day of love. Flying on wings of love, on wings of movies!

This was the hardest movie or project I have ever made. 4 month of rehearsals with main actor Aleksandrs Ronis, who never acted or did anything related to film. We found him playing sitting volleyball game and from the first encounter I knew there is something magical about him. Just 2 years ago he was a street boy, homeless and in a gang, now he started to fix his life and he told me stories that inspired to create this film. Story that is not about disabled person (I hate this word - disabled), or person without legs, but a story of person who never stops in front of obstacles, a story of a person who fights for his dreams, story that anyone can relate to. We are stronger then we think! There are no limits to what we can do and accomplish! This film took us 10 month to make, but it created so much happiness. For our main actor it was becoming an actor and telling his story to the world, for me it was opportunity to tell a story that touches my heart and which I believe will touch other people hearts for our team it was realization of how much we can do if we believe in our dreams!

Director Pavel Gumennikov will be participating in a Q&A after both screenings.