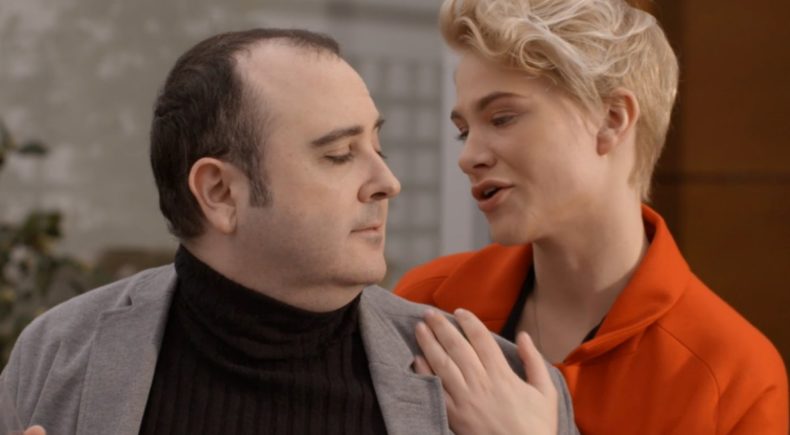 'THE APP' is an application that gives to its customers the steps to achieve happiness. One day, Benito a fat and not very bright man, wakes up in his luxurious loft with his girlfriend, a beautiful Nordic model.

Julián Merino Díaz was born in Madrid on December 17, 1977 in the bosom of a wealthy family. His medical mother and his industrial father educate him in a series of values ​​based on freedom and love and respect for others. Its education takes place in schools of the center of the capital where in 1995 obtains the diploma of the International Baccalaureate. He later studied industrial engineering and ADE at the University of Comillas, drama at the Chamber Theater in Madrid, journalism at the Complutense University and at the Official Institute of Radio and Television. He is currently married to the anthropologist and producer Karin Wolf with whom he has two children, Micaela and Julián.