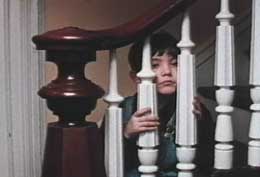 Billy takes action by mounting a military campaign prior to his piano recital. His objective: retrieving his walkie talkie from the enemy (Billy's mom). His success depends on a pile of shoes. Will he be successful?

Eva was born in Holland in 1974 to an American mother and a Mexican father. She grew up mostly in Mexico City until attending Princeton University to study Comparative Literature. She is currently finishing an MFA in Film and TV at New York University.

If you throw your demons into your creative work, your life will be more livable and your films will be more watchable.