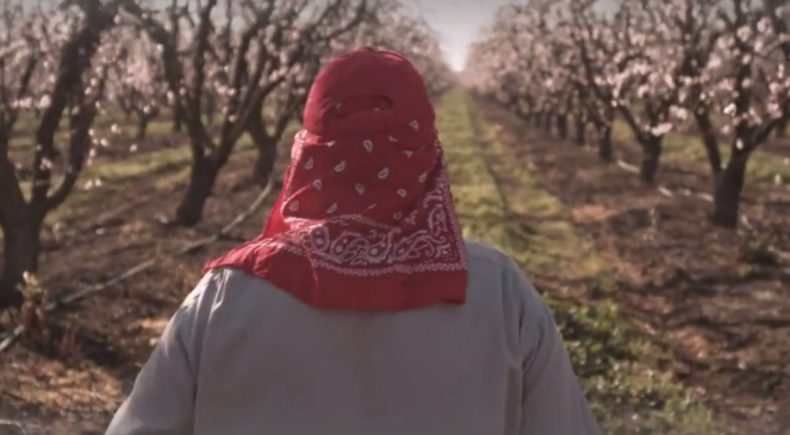 LUPE UNDER THE SUN

After a lifetime working in the California fields, Lupe discovers that he is about to die. Desperate to make amends, he struggles to return to his family in Mexico before it is too late. Blurring the line between narrative and documentary, LUPE is inspired by the life of the director's own grandfather and shot with a cast of non-actors in real locations. Intimate and lyrical, Lupe's story captures the struggle of a generation of migrant workers chasing after the American Dream.

Born in Mexico City in 1983, Rodrigo Reyes is a Mexican-American Film Director whose work is characterized by a deeply poetic perspective that reveals the inner truth of pressing social issues. Named one of the 25 New Faces of Independent Film, Rodrigo has received the support of the Mexican Film Institute, Tribeca Film Institute, Independent Filmmaker Project, The California Humanities Council, the Canon Filmmaker Award from Film Independent, the MacDowell Residency as well as the Sundance Institute. His latest documentary PURGATORIO, explores the US-Mexico border through the lens of the metaphor of purgatory, crafting a visceral and sublime journey into the heart of a contentious social issue. It screened at over 40 festivals around the world including MoMA's Documentary Fortnight, winning multiple Jury Awards, as well as enjoying a strong community screening run in México and the United States, and premiering on public broadcast via the series America ReFramed.