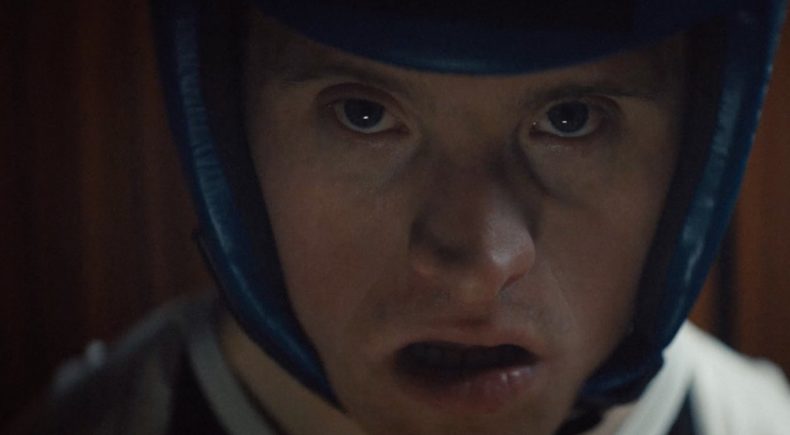 Ten minutes before a boxing match, a teenage boxer with downs syndrome fights for his right to get in the ring.

Bugsy Steel is a London based commercials director he has recently been working with brands such as Mitsubishi and Nissan, as well O2, Toyota, Trident, Ikea, and Ford. Bugsy comes from a music video background where he established a distinct directing style working with numerous successful artists including Bloc Party, Two Door Cinema Club, Ellie Goulding and the Wild Beasts. He has made multiple shorts the first 'Locked Up' was shown at a number of international festivals where it went on to win awards. His recent short film 'Fighter' has won best film and cinematography from FilmLondon and the BFI before its premiere at the BFI London Film Festival. Bugsy is currently developing a feature along with a number of other exciting film projects.