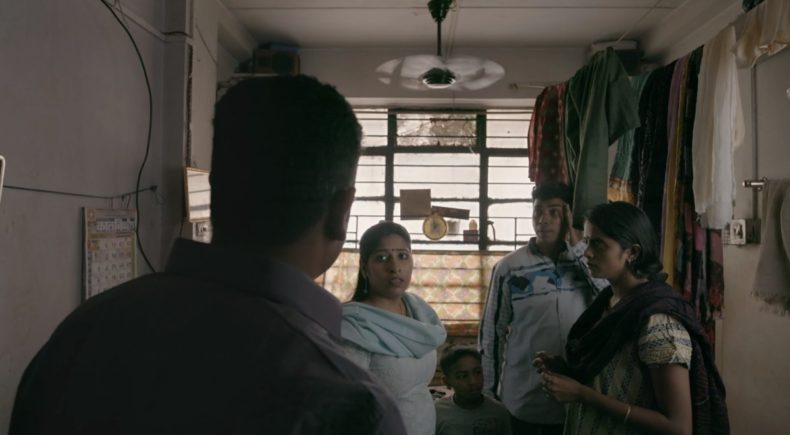 In a country where marital rape is not a legal crime, it took a lot for Smita to escape an abusive marriage. She lives in a one room apartment in Mumbai, earning her living by making imitation mangalsutras (necklace worn by married women). But the recent tranquility of her life is shaken when the doorbell rings. Smita finds herself fighting beasts of a different kind as she discovers a strange pre-requisite to renting a house in middle-class Mumbai. Will Smita find her space? Is there any hope for liberation - societal and/or sexual? Will the doorbell ever stop ringing - again and again? Counterfeit Kunkoo isn't a feisty feminist retort to the deep-seated misogyny that finds its way into everyday life. It is an exploration of the idiosyncrasies that come with it, the battles one must fight, and whether winning or losing those battles matters at all.

Reema Sengupta is a young writer-director-editor based in Mumbai. She has directed narrative films, music-videos, commercials, interactive video installations and after-movies across India, UK, South Korea and the US. She was awarded the prestigious Asian Film Academy Fellowship (2012), where she represented India at the Busan International Film Festival. The International Green Screen Lab 2012 selected Reema's first feature film script. Reema's first short-film - 'The Tigers, They're all Dead' won fourteen awards, including the IDPA Award for Excellence 2013. She graduated from the University of Westminster, London in 2012, with first class honours, and the highest overall percentage in the entire Media Art and Design School. In 2014, Reema co-founded CATNIP, a niche production house. As CATNIP's writer- director, she has created over 200 videos for leaders of International entertainment in India, a host of noteworthy brands such as Red Bull & Amazon and international artists such as Skrillex, Steve Aoki, among several others. Reema is interested in mixed media aesthetics and the use of cinema as a device for tangible social change. She is currently writing her first feature film.